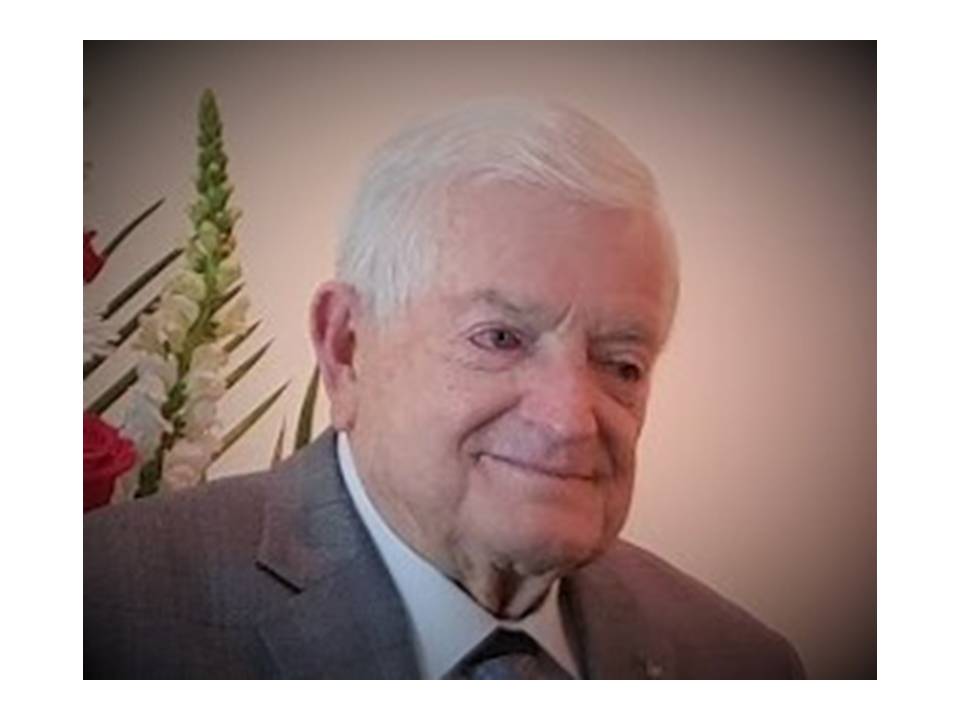 On the morning of September 15, 2020, Don passed away peacefully at Smith Crossing in Orland Park, Illinois. He was 98 years old.

Don was born in Harvey, Illinois on September 15, 1922. He was the third child and second son of the late Nellie Reed Morrison and late Lester James Morrison.

Don loved life and took advantage of enjoying it throughout his early years. In Don’s third year of college with aspirations of working in medicine, he was drafted into the army on February 6, 1943. Stationed in Germany 1944-1945, he participated in “The Battle of the Bulge” as a trained medic. On January 14, 1946, as a corporal in the Army, Don received an honorable military discharge due to his father’s illness.

Don and his brother, Wilbur, managed the Morrison Furniture store in Harvey, IL. Later after closing the Harvey store, he opened a new store, Morrison’s Ethan Allen on Governors Highway in Olympia Fields, along with Don’s sons Scott, Jon, Wilbur’s son, Jim and Jim’s sons Mark, Michael, and Steven. Later he relocated the Ethan Allen operations to 155th & Harlem Avenue in Orland Park IL. He sold the Olympia Fields building to the town of Olympia Fields, later to become its Village Hall.

Don loved the game of golf and was a long-time member of the Lincolnshire Country Club in Crete IL, a member of the Matteson and Harvey Rotary Clubs with over 50 years of perfect attendance, a Shriner for many years, wintered in Florida, and was philanthropist and mentor to many young people, including those at Governors State University, Glenwood Academy along with furnishing scholarships for those interested in the retail industry. He had a passion for life and always went above and beyond.

Don retired to Smith Crossing (2012) in Orland Park IL to be closer to family and friends.

Many thanks to the doctors and nurses at Silver Cross Hospital in New Lenox, IL, also to the staff, nurses, skilled nursing and memory care teams at Smith Crossing in Orland Park, IL. Lastly, very grateful to the hospice care from Elara Care.