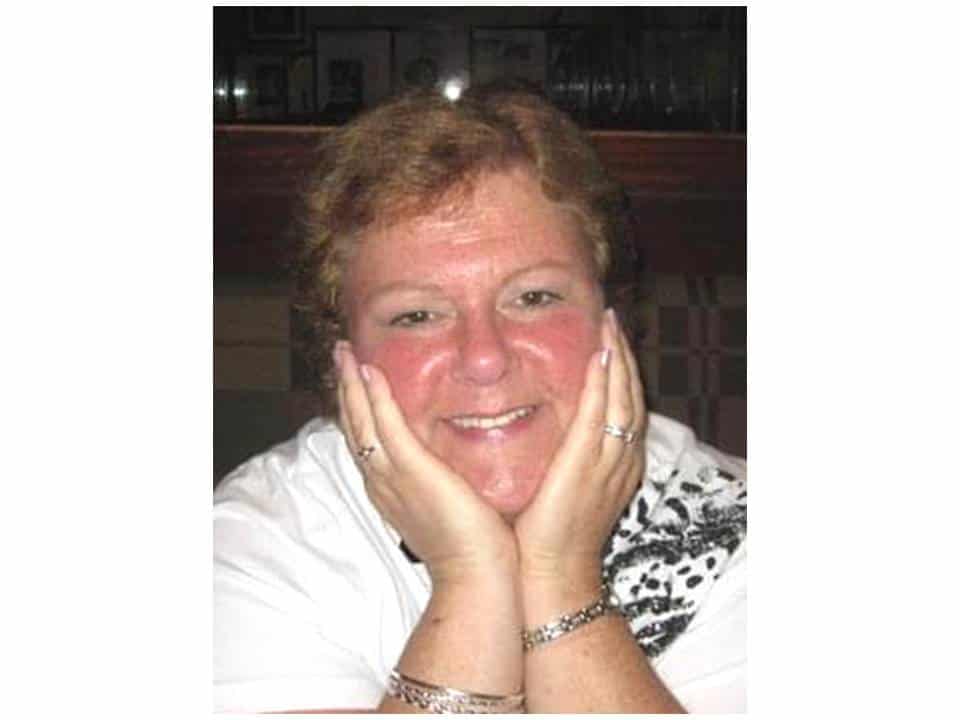 Susan was born November 19, 1956 to Vivian and Lester Tosh. She was the tenth of eleven

children and could tell quite a few stories about growing up in their three bedroom, one

Sue married Orlin M. Riegel on April 5, 1975. Four years later, they were blessed with their only

child, Mark O. Riegel. The early years of their marriage were spent living the farm life in

Sue had a passion and drive for learning. She graduated from Prairie State College with a degree

both from the University of St. Francis, Joliet. Sue started her 25-year nursing career with

She loved her job and the friendships she made, especially those with Mary Marino and Sandy

As successful as she was professionally, her greatest joy in life was raising Mark. In a journal

entry, Susan wrote “I am so blessed to have been Mark’s mother. The Lord in His infinite

wisdom chose to give Orlin and me one child, so, He gave us Mark! Mark was such a fun little

boy and young man, but he was also a child with a conscience and empathy for others. I couldn’t

help but be in awe of him, whether it was learning Bible verses for grade school, playing high

school sports or working at Agee’s, he gave it his all. Mark went on to the U.S. Military

watched him represent Army on the football field, on the marching fields, and eventually on the

war field as an officer in Iraq. Through it all, he remained a wonderful human being. This is a

child any mother would be proud to have raised.”

In 1998, Susan’s sister Patti was dying. Her final words to Susan were “Love my kids” and that

she did. She took on a motherly role to Brenda and Jason Halfeldt. Because of Susan, Jason

developed an appreciate for new packages of white socks and high thread count sheets. She

attended Brenda’s college graduation and helped pick out her wedding dress, but it was the role

they played in each other’s daily lives that made their mother/daughter bond special. They’d

spend hours on the phone talking about everything and nothing. They enjoyed shopping

excursions, traveling together and having sleepovers in Sue’s “big comfy bed.” Over the years,

Susan would tell Brenda “I couldn’t love you more if I’d birthed you myself.”

Brenda married Henry Gonzalez on October 17, 1998. Sue became a grandmother for the first

time on June 1, 2002 to Makena Lily Gonzalez. This was the same date that Mark graduated

from West Point. There were a lot of happy tears shed that day. Two years later, her second

Riegel. Her heart was full.

Susan will be remembered for many things, but two of the memories her family will never forget

are her Norman Rockwell inspired Christmases and her love for baking. Decorating Sue’s house

for Christmas was an over the top, all day affair. Every year, she would pull out “just a few

more” decorations she had purchased. By 2021, she was up to three Christmas trees and every

and all the grandkids would descend upon the house to celebrate. The table was set with the

Christmas china and a “fabulous” meal, including her famous pear salad, was served. After the

perfectly wrapped presents were opened, the desserts were set out. She was famous for her

chocolate chip cookies, toffee and fudge on Christmas Eve, but she baked throughout the year.

Kansas without a box of Mark’s favorites. She loved to celebrate birthdays with homemade

frosting and a little bit of cake. In the past few years, she found joy in making decadent sugar

cookies with elaborate frosting designs, which took the rest of the year’s holidays to new heights.

Susan was a woman of remarkable faith and strength. She became a confirmed member of Zion

Evangelical Lutheran Church in 1975 and practiced her faith daily in both her words and actions.

It was her faith that kept her going when she was first diagnosed with breast cancer in 2002. In

2009, she found out that the cancer had metastasized into her bones. The five-year survival rate

for metastatic breast cancer at that time was less than 20%. She lived with this disease for almost

Living with a terminal diagnosis forced Sue to change her perspective on life. Her focus was on

enjoying however many days God would give her. She made it a priority to travel as much as she

was able. She transformed her house into a warm, inviting home. She took every opportunity to

make memories with her friends and family, especially her grandkids. She surrounded herself

with a strong circle of women that she could laugh with, cry with, talk with or simply sit with in

silence. She had her church friends “The PEWS” – Patti, Elaine, Wendy and Susan – and the

Bunco gals (wink-wink). We can smile knowing that she’s been reunited with her lifelong best

She was also preceded in death by her mother Vivian, father Lester, her beloved Aunt Gen,

brothers David, Bob and Ed and sisters Carol, Patti, Sharon and Marian. She is survived by

Visitation will be held on Thursday, April 28th from 4pm – 8pm at Zion Evangelical Lutheran

on Friday, April 29th at 11am, withvisitation starting at 10am. Interment will be in the church cemetery,

Zion Lutheran Cemetery  immediately following the  service. All friends and families are welcome to attend.